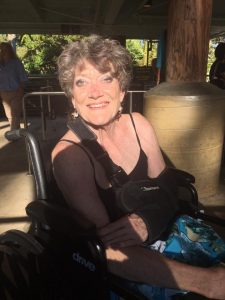 A native Californian, Martha Brown was raised in Santa Cruz, attended the University of California Santa Cruz and Berkeley, and graduated from Westmont College in Santa Barbara with a degree in English.

After working in retail customer service and management for nearly 15 years, Martha began working for the Oceanside Unified School District in 1991, spending the majority of those years as an Executive Assistant to several of the administrators at the District Office. She retired as the Executive Assistant to the Associate Superintendent of Curriculum in 2012. Martha continues to work as a substitute at the District Office and ESS.

When working with Gina Campbell, coordinating various PVCS projects with the OUSD, Martha became increasingly interested in the school. She became a member of the Board of Trustees and served there for several years, the last four as president. After retirement from OUSD, Martha began volunteering in the PVCS office, which she continues to do. She was chosen to rejoin the Board in August, 2015.

In her leisure time, Ms. Brown loves to read while cuddling with her rescue dog. She also loves knitting and quilting, and produces afghans, shawls, and scarves for the “Knit for the Cure” project which she donates to a local oncology center. She lives in a 100-year old Oceanside home with her son, two dogs, and two cats. 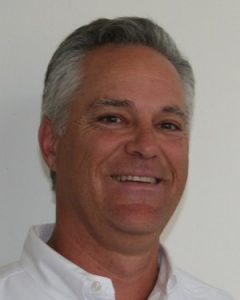 Jon was born in Long Beach, grew up in Hacienda Heights and Fallbrook. He has lived with his wife and four children in Carlsbad and Oceanside area since 1986.  He earned his Bachelor of Science degree in Zoology from the University of California, Davis in 1983.  He has always enjoyed learning and helped finance his college costs by tutoring other college students in Chemistry and Math.  John holds a Corporate Officer license and had been a Commercial Real Estate Office Specialty Broker in North County for 29 years.  Jon is a Senior Vice President at Colliers International; one of the world’s largest full-service commercial Real Estate companies, with more than 13,000 professionals in 522 offices located in 62 countries.  He has provided brokerage and consultation services for both Charter and Private Schools from start-up to established organizations for more than a decade.